We take our Saints seriously in the Philippines. There’s a saint for every need, situation and occasion. Reverence for these divine intercessors is part of our religious tradition. In life and in death, there is much to learn from them, especially the twelve who traveled and accompanied Jesus until his last breath.

This week of contemplation, track down the remains of Jesus’ most faithful disciples in the most enigmatic yet picturesque burial sites throughout Europe.

St. Andrew’s Cathedral or the Amalfi Cathedral in Amalfi, Italy has a mix of Romanesque, Baroque, Byzantine and Gothic architecture because it had been remodeled several times. The interior of the cathedral features a wooden crucifix from the 13th century and another made of mother-of-pearl.

St. Andrew, brother of St. Peter, was the first apostle of Jesus. While he and his brother were fishing, Jesus saw them and asked them to be his loyal disciples. Until the end, Andrew stood by his word to Jesus. He was martyred by Crux decussata, which is now known to be “Saint Andrew’s Cross.”

Here’s how you can visit.

Right in the middle of Tiber Island is St. Bartholomew’s Church, a 10th century Roman Catholic Church where the relics of St. Bartholomew can be found. The interiors feature post-medieval frescoes by Antonio Marziale Carracci.

Learn how to get there here.

St. Bartholomew is the patron saint of Armenia because he is said to be the first one to spread the gospel there. His remains and relics are primarily conserved in St. Bartholomew Church, with pieces of his skull in Frankfurt Cathedral and Canterbury Cathedral.

This basilica was built in the 6th-century for St. James and St. Philip. It features a portico inspired by the renaissance and the 13 figures on the facade. Its golden interiors were designed by Carlo and Francesco Fontana. 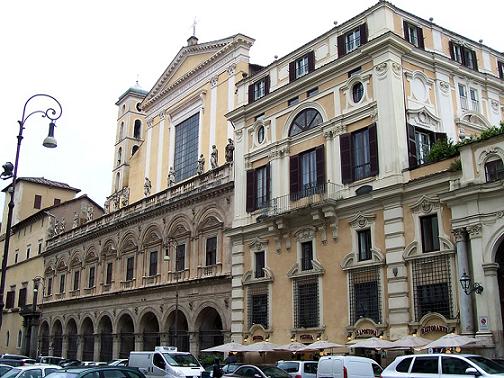 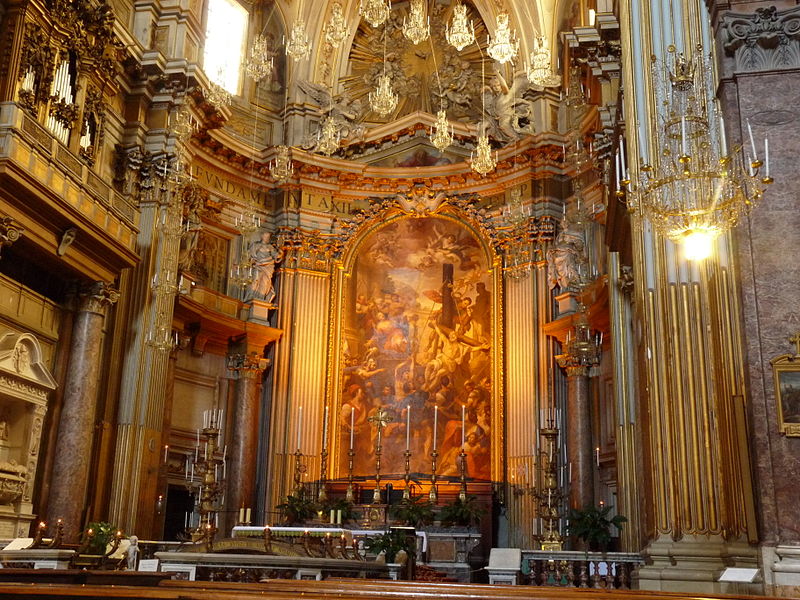 St. James the Lesser was the first bishop of Jerusalem. St. Philip was minimally mentioned in the Bible but is said to be present in the miracle of loaves and fishes and Jesus’ passion. It is said that he preached in Greece and was crucified upside down.

Here’s how you can get to Basilica dei Santi Apostoli.

The famous St. Peter’s Basilica in the Vatican is one of the best examples of renaissance architecture. The tomb of St. Peter, St. Jude and St. Simon are enshrined in the domed basilica designed by Giacomo della Porta and Carlo Maderno. 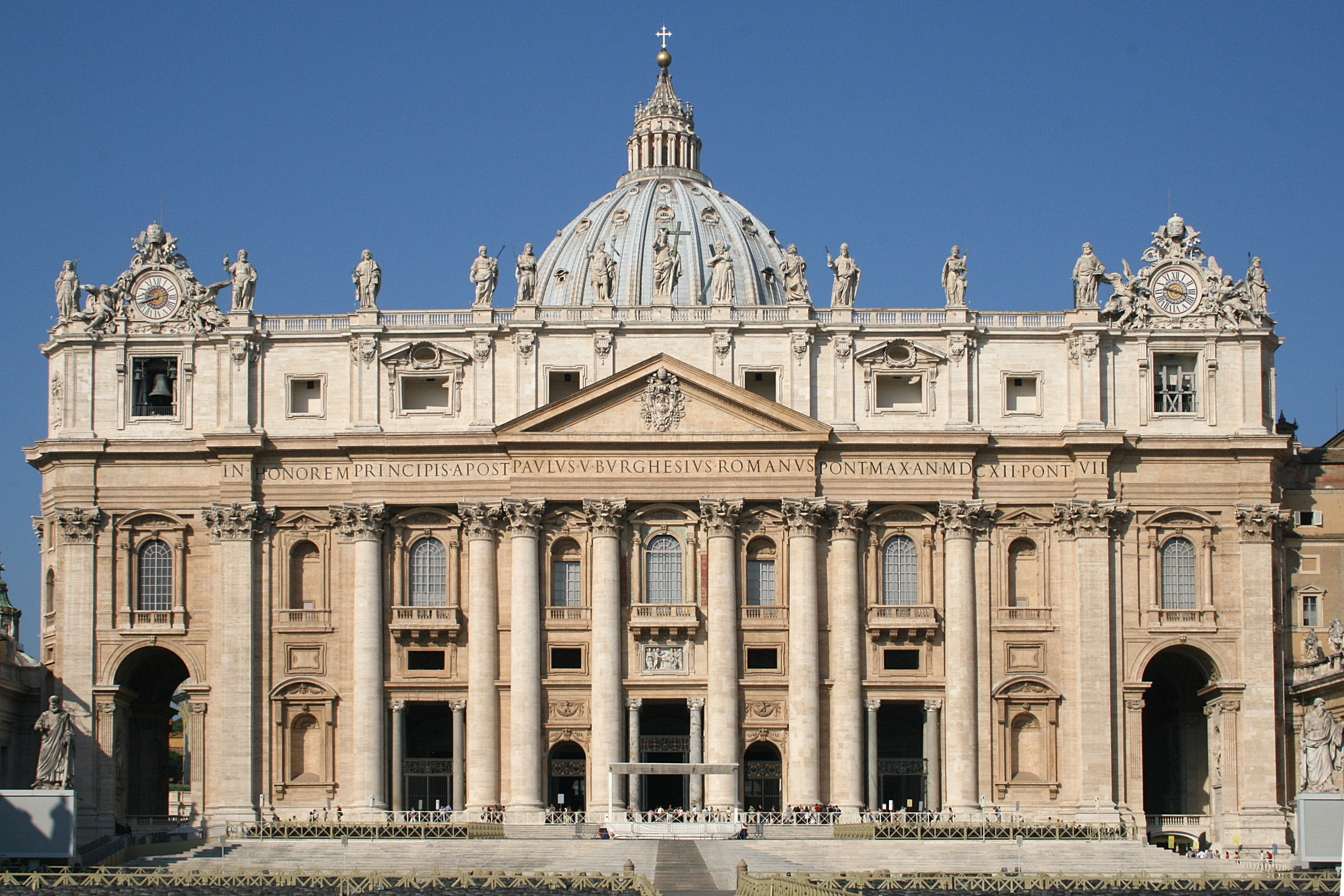 St. Peter is the first known Pope and the “rock” of the Catholic Church. Lastly, St. Simon the Zealot was named so because of his loyalty to the Jewish and Canaanite law until he was martyred with St. Jude in Persia.

Here’s what you should know upon entering the Basilica and here’s how to get there.

St. Matthew’s remains currently reside in the Cathedral of Salerno in Italy. The main features of the cathedral are the 10th-century bricked bell tower, and St. Matthew’s crypt that’s adorned with the religious and architectural treasures of southern Italy. Its marble walls, columns and ceilings are full of paintings of scenes from the Gospel of Matthew.

St. Matthew or Levi is the traditional author of the first Synoptic Gospel. In the New Testament, St. Matthew “composed the Oracles in the Hebrew language, and each one interpreted them as he could.”

Know how to get to Cathedral of Salerno here.

St. Thomas in Basilica of St. Thomas the Apostle (Italy)

The Gothic church of Basilica of St. Thomas the Apostle in Ortona, Italy has stained glass windows that depict thelives of the Apostles. And inside, the ancient painting of Our Blessed Mother where St. Francis Xavier of India used to pray is kept. The tomb of St. Thomas can be seen in the glass on the floor. 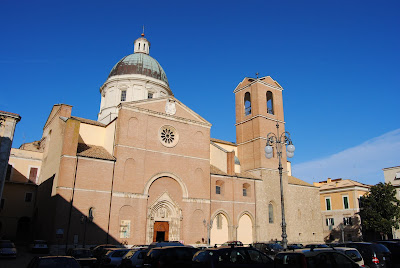 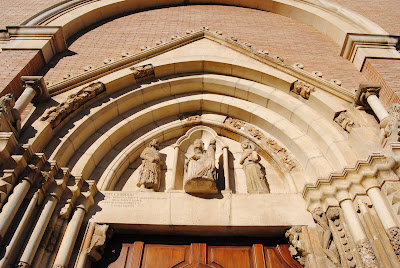 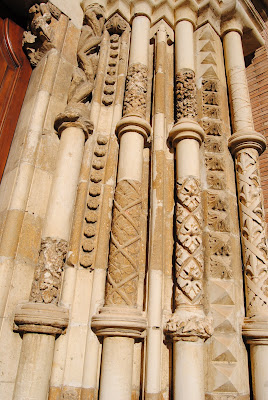 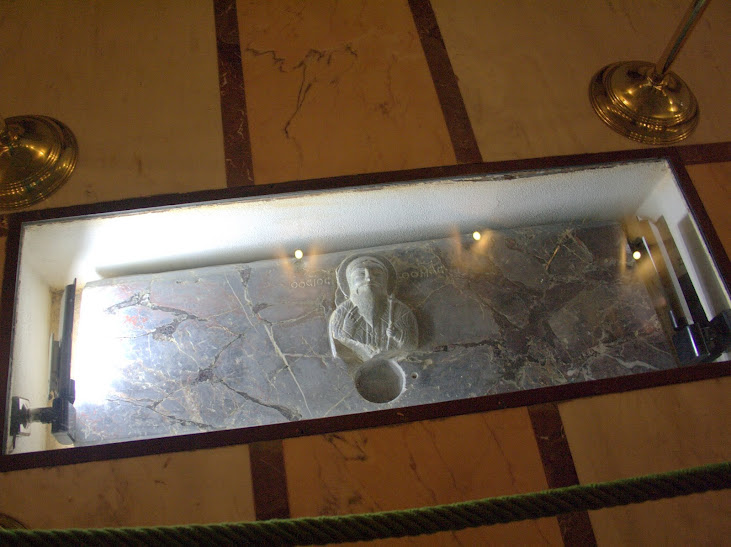 St. Thomas, who reached India, is known to have traveled the farthest among the Apostles.

Here’s how to get to St. Thomas in Basilica from Rome.

St. Paul in St. Paul Outside the Walls (Italy)

St. Paul’s Church actually looks more like a mansion than a place where St. Paul’s tomb is. The church’s Neo-classicist portico will welcome you. You will also gasp at interior’s nave with its 80 19th-century columns and stucco-decorated ceiling. The triumphal arch with mosaics (that were saved from the 1823 fire) are worth the trip. 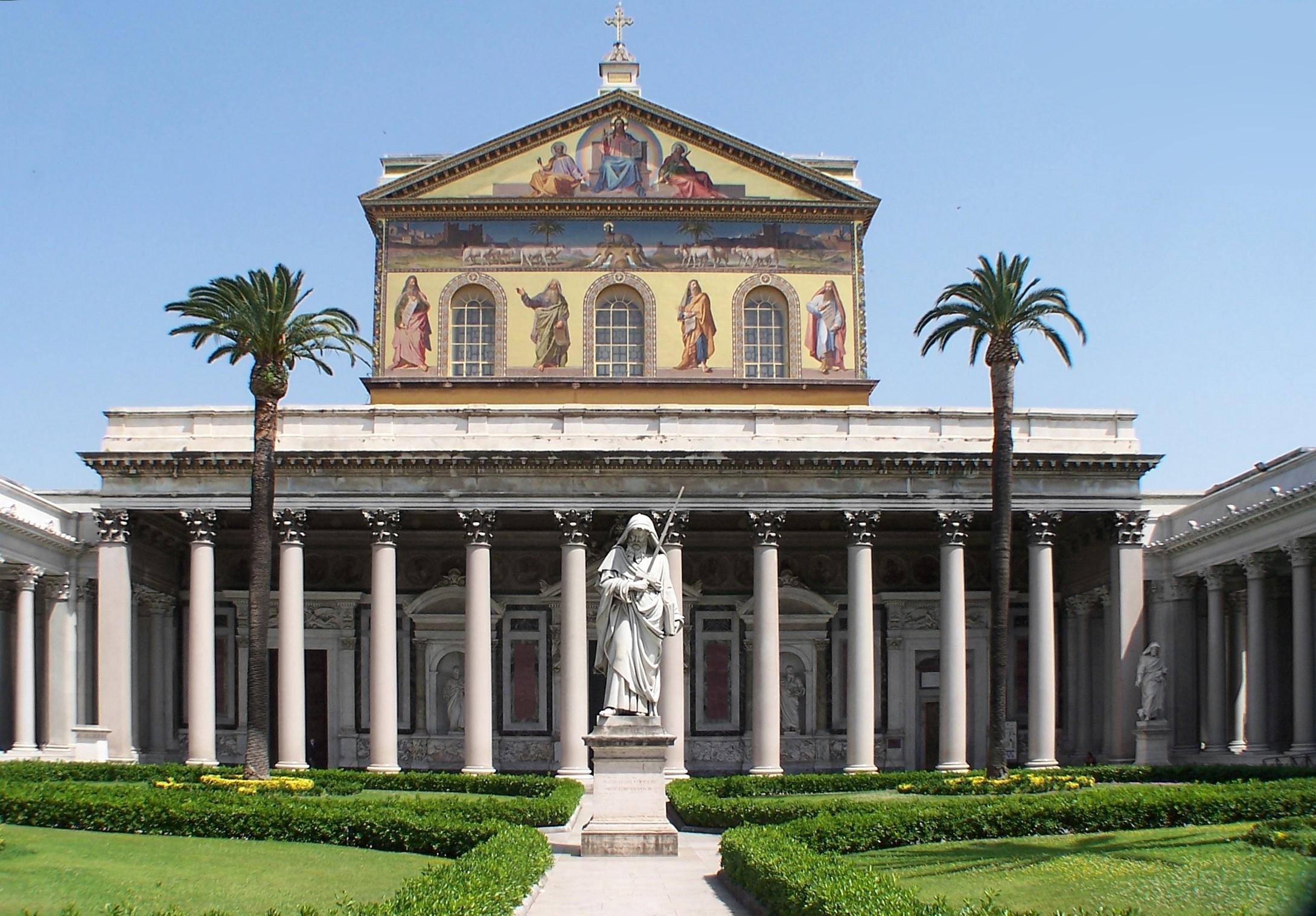 St. Paul was one of the first leaders of the first generation of Christians ever. He is also considered the second most important person in Christianity.

Here’s what you need to know when you visit St. Paul’s Church.

St. John in the Basilica of St. John Ephesus (Turkey)

Unlike the other places in this list, the Basilica of St. John doesn’t have fancy interiors with ancient art. The basilica once stood in the shape of a cross and had six domes but what you will see now of the basilica is what’s left of it from an earthquake in the 14th century. The burial site of St. John can still be visited, just look for the four columns where the central dome used to stand.

St. John played one of the most important roles in the early stages of Christianity in Jerusalem, and founded of many churches in Asia. When Emperor Dometian ordered him to be cast into a cauldron of boiling oil, it is said that he emerged miraculously unhurt.

Here’s what you should know to get the basilica’s ruins.

St. Matthias’ Abbey Trier’s interiors are mostly cement-colored but architecturally beautiful. The church’s Gothic design and the side aisles displaying Romanesque vaulting, and the burial effigy of St. Matthias at the altar are standouts. It’s where you will also find the tombs of the first bishops, Trier, Eucharius and Velarius. 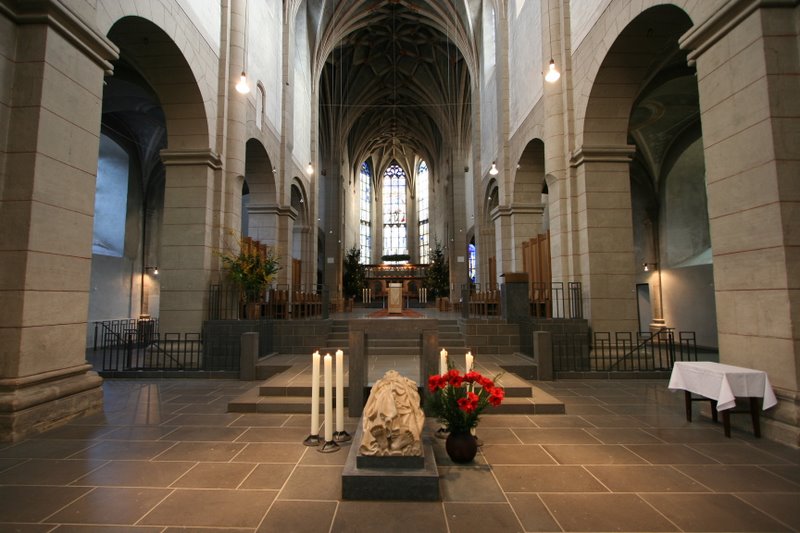 St. Matthias was the last apostle inducted to the group. St. Matthias replaced Judas the Iscariot after his betrayal.

Here’s how to get there from Berlin.

As one of Spain’s most important structures and one of UNESCO’s World Heritage Site, Galicia’s Santiago de Comportela Cathedral is definitely a site of pilgrimage. The cathedral itself is an architectural gem—the Portico da Gloria or “portico of glory” has three round arches for the three naves of the cathedral. Inside is the crypt and botafumeiro. 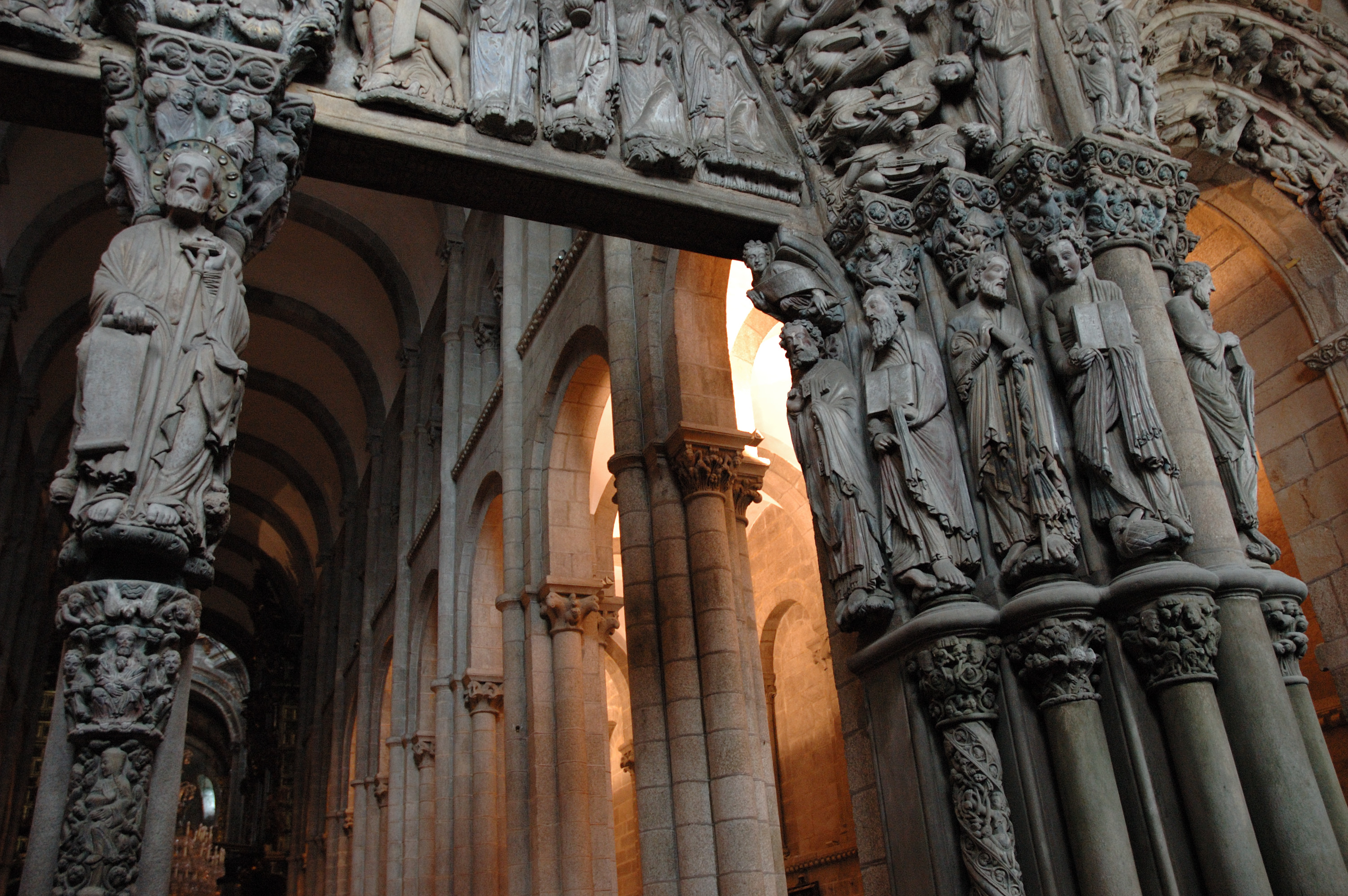 St. James the Greater, the son of Zebedee, was in of Jesus’ innermost circle of confidants. After Jesus’ ascension, James traveled across Israel, Rome and Spain to spread the Word of God.

Here’s what you need to know about the cathedral and here’s how to get there.