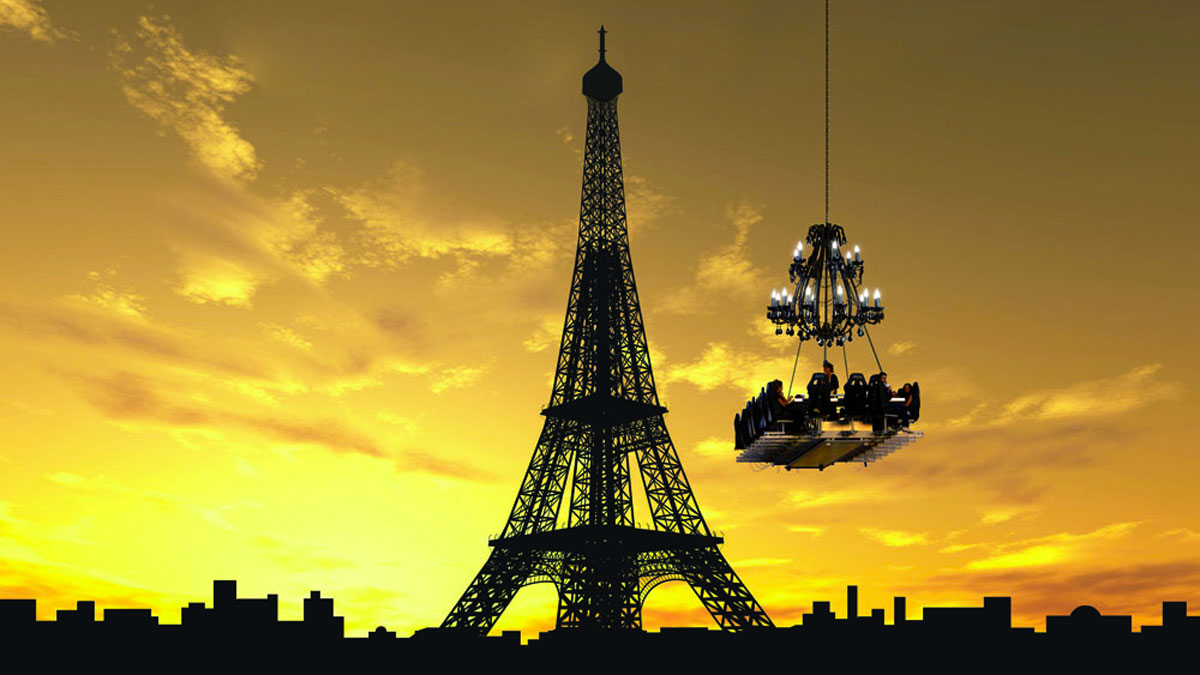 Dining in a restaurant that literally floats 150 feet up in the air is probably not for everyone but hey, isn’t it the ultimate dream for food lovers who happen to be thrill-seekers as well?

The innovative dining experience was pioneered in 2007 by a company in Belgium and it has expanded in other cities like Rome, Paris, Athens, Kuala Lumpur – and now, the Philippines!

David Ghysels, the Belgian organizer says, “We realized that people were bored with going to the same old restaurants. They wanted to try something different. The sky’s the limit with us!”

Not much has been written about it except for the launch of its Philippine website and as of press time, no official date has been released (although some reports say that it’ll be here end of 2016). But here’s what we know so far:

Dinner in the Sky can accommodate 22 people around the table, with three staff in the middle including a chef, a waiter and an entertainer. Diners will be treated to cocktails and appetizers on the ground before they take their seats in a big roller-coaster-like platform with tables and chairs.

The dining experience (which is a 4-5 course meal) usually takes around an hour.

One of the most common questions is whether it is safe. Here’s a statement from their official website: “Yes it is. All concepts are designed according to German norm DIN 4112. The table is built in Belgium and all drawings, calculations and simulations are tested by TÜV Rhineland, a global provider of technical, safety, and certification services.

This obsession for safety is probably one of the reasons why the experience is now operated in more than 40 countries and got the official authorizations from some of the toughest countries in the world. Thousands of Dinner in the Sky experience has taken place since its launch in May 2006.” 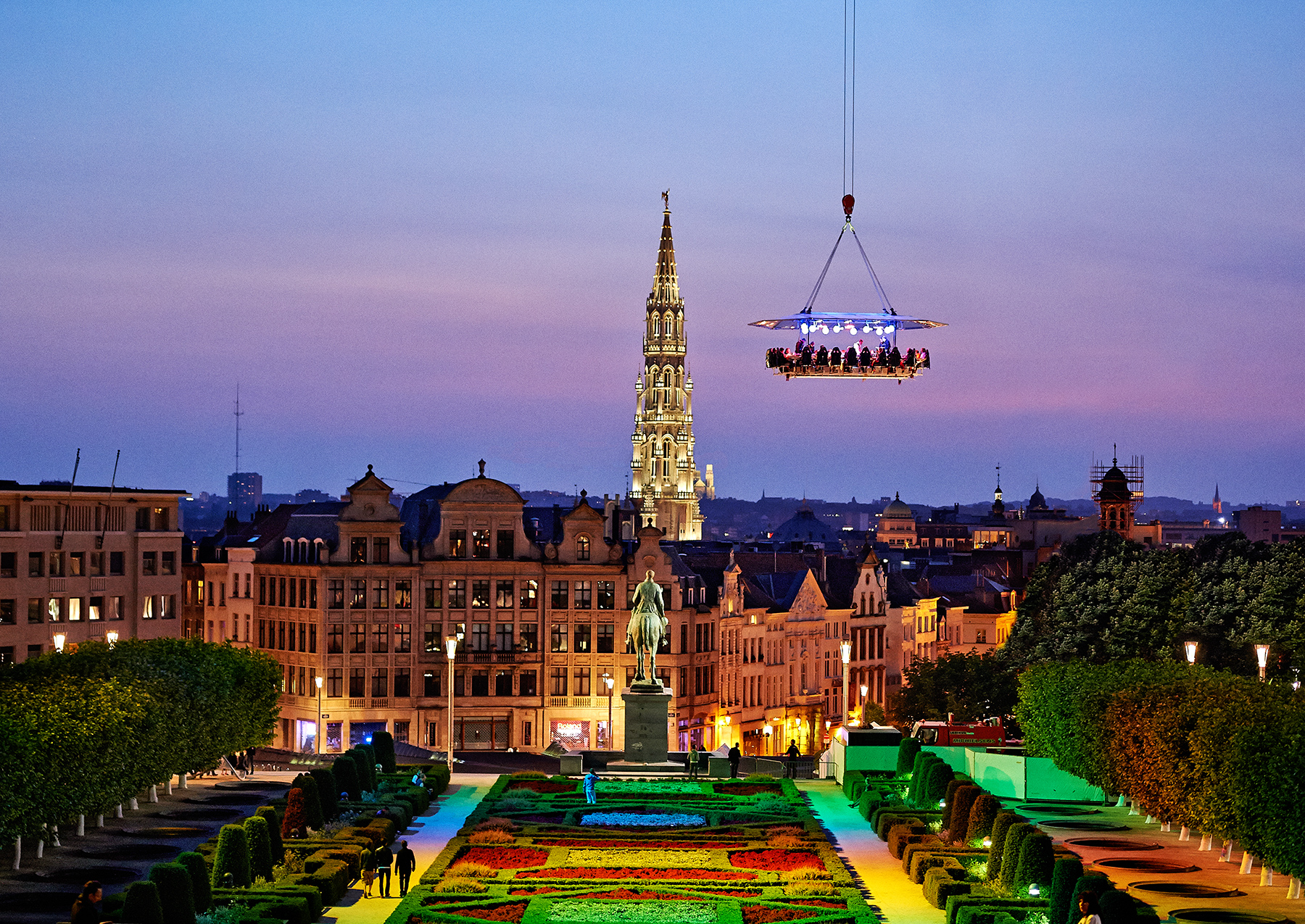 Convinced? Moving on to the next frequently asked question – “What if I need to use the restroom?”

And what if you drop your spoon, you say? The space underneath the table is kept clear so you don’t have to worry about that. Some pop-up versions even have piano players from their own suspended platforms just to avoid these incidents.

Overall, Dinner in the Sky is perfect when you want a one-of-a-kind dining experience. It’s your chance to admire stunning views while you sip champagne above the city and feast on delectable food especially prepared by topnotch chefs. Sounds fun, right? We can’t wait for it!

What’s the most unforgettable dinner you’ve ever had?