While it is much bigger than Manila, San Francisco is actually a lot more accessible because of their faultless Bay Area Rail Transit. All you’ll need is a map and you can pretty much be wherever you want in a short period of time.

There are a lot of activities to do in the city like biking through the Golden Gate Bridge, seeing a Warriors Game, or taking a stroll in Dolores Park. Whatever it is, it’s hard not to appreciate the raw beauty of it all.

While the activities mentioned above are must-do, this list focuses on some of the lesser known aspects of the city—stuff that Pinoys may find enjoyable. Here is a Pinoy’s Guide to San Francisco.

For a great view of the city, make your way to the Coit Tower up in the Telegraph Hill neighborhood.

The tower was named after Lille Hitchcock Coit who left one-third of her estate to the city for civic beautification. It’s one of San Francisco’s main attractions together with the Golden Gate Bridge.

There’s a lot of sentimental significance behind the history of the tower which is why it is listed in the National Registry of Historic Places. A short climb up the tower will provide you with a great view of the city, usually accompanied with a cool breeze.

Haight & Ashbury was the center of the hippie movement in the 1960s. Until today, there is still a hippie vibe in the community and to the delight of its residents—it’s well embraced.

Along Haight Street there are numerous stores and restaurants to keep you preoccupied. Stroll along Ashbury Street and you will find the houses where artists like Janis Joplin and The Greatful Dead used to live.

There’s something about Haight & Ashbury Street that makes it feel so alive—or it could just be all the smoke.

California Academy of Arts and Sciences

The California Academy of Arts and Sciences is a natural history museum located in San Francisco City. It is among the largest museums of national history in the world.

Its primary purpose is to educate the people about the planet, and how to preserve it. The building houses a planetarium, an aquarium, and a natural history museum all under one roof.

Pro tip: on Thursday nights, they serve booze. Now who would have thought of that?

If you’re lucky enough to be in the vicinity of a Señor Sisig truck—drop everything at once and grab yourself a Sisig burrito! (You can always follow them on Twitter to keep up with the next location.)

Señor Sisig is recognized by some celebrity chefs such as Wolfgang Puck and Eddie Huang—should be enough reason for you to buy in to the hype. 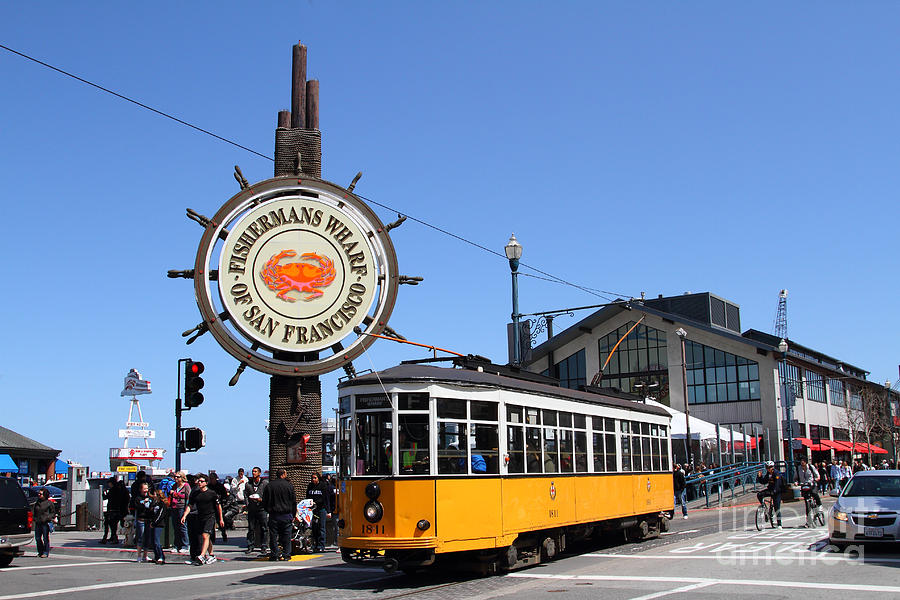 It’s from the Wharf where you can take a boat ride to Alcatraz Island—the old location of one of the most secure prisons in the world. The wharf is full of color and life, so there really isn’t a dull moment when you’re there.

Daly City is home to a big number of Pinoys in San Francisco. It’s quite grounding to stay in Daly City because a lot of it will remind you of home.

It’s in Daly City that you’ll find tons of Filipino restaurants and food chains including the ever reliable Jolibee and Goldilocks. It’s also only in Daly City that you will see people passing their time in malls—much like what people do in the Philippines. You may also notice that most of the middle class workers are also Pinoy, which is why you will most likely run into Filipino taxi drivers, cashiers, waiters, etc.

Daly City like a home away from home while you’re in San Francisco.