On April 20, Chung Chia-pin, a Legislator of the Democratic Progressive Party, revealed three proposed designs for Taiwan‘s new passport cover during an interpellation session of the Ministry of Foreign Affairs in Taipei.

The designs give less emphasis on the word “China” on the passport’s cover. According to the legislator, it’s to avoid confusion as Taiwanese travelers. They have encountered problems when traveling abroad for being mistaken as Chinese nationals. The Bureau of Consular Affairs Director-General Phoebe Yeh confirmed that they receive approximately 10 complaints per year regarding this matter. 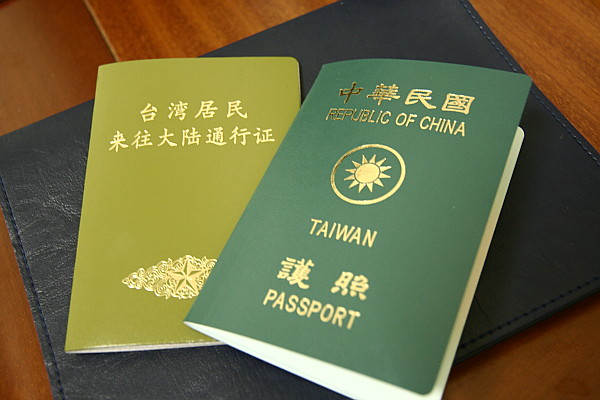 The first design maintains the Chinese characters and Taiwan’s emblem of the current passport design, but without the English words. Chung made the case that the passport doesn’t need to display the country’s name written in English. He cited countries like France that also don’t have English words on their passport cover. He also stated that the earliest Taiwanese passport designs were all written in Chinese characters. The second design replaces the national emblem with a map of the country and English words that highlight Taiwan, with a smaller text of “Republic of China” at the bottom.

The proposals were in response to a debate about whether to emphasize “Taiwan” and de-emphasize “China” in the wording on the cover.

During the meeting, which was attended by officials from the Ministry of Foreign Affairs, Chung said that the use of the word “China” on the passport had caused problems for Taiwanese traveling abroad, as they have been mistaken for Chinese nationals. Deputy Minister of Foreign Affairs Hsu Szu-chien stated that the ministry has the authority to change the design of the passport but would require public consensus.

Here’s how netizens reacted to the designs:

Omg I don’t have a Taiwan passport because I don’t go back often enough but I would totally get one if it’s boba on the cover. https://t.co/idg4K4EoYs

This poll showed what we already knew — we want the boba tea design to win.

A Taiwanese designer also made a passport cover design.

This guy basically summed up the internet’s sentiments.

What are your thoughts about the new passport designs? Share with us below!